Tenders are invited for Selecting and working with a consort ......

Tenders are invited for Purchase Of Dna Records Of Persons A ......

Tenders are invited for Enlargement And Strengthening Work O ......

Tenders are invited for Finishing Work Of Boulevard Hassan I ......

Tenders Are Invited For Supply Of Book Printing Paper (Local ......

Tenders Are Invited For Reconstruction Via Access To The Sa ......

Tenders Are Invited For Acquisition Of Electrical Materials ......

Tenders Are Invited For Acquisition Of Electrical Materials ......

The governors demand for the subsidies to the electricity and the transport. From Nation they offer $ 250 billion for the Bioceanic Corridor. Sergio Massa wants to make sure that the 2023 Budget is approved by Congress. The minister understands that it would be disastrous, from a political point of view, if for the second consecutive year the government cannot count on an orderly forecast of its expenses and resources, after the rejection of the calculation corresponding to 2022. That is why in his visit tomorrow to the Chamber of Deputies, where he will present before the Budget Commission, he will be accompanied by almost the entire economic team. The secretaries Raúl Rigo (Treasury), Eduardo Setti (Finance), José de Mendiguren (Production), Juan José Bahillo (Agriculture) and Flavia Royón (Energy) will be present, who will accompany him in his speech and then remain to answer specific questions from the deputies. Also on successive days will be the head of the AFIP, Carlos Castagneto: In the Palacio de Hacienda they trust that beyond some specific discussions, the project will be approved. For that they have some signals emitted from the opposition. "In the first instance, the macroeconomic variables are more reasonable than those presented in the previous Budget, which would make it possible for us to have a general approval," said the radical Emiliano Yacobiti. For his part, Cristian Ritondo (PRO) did not guarantee that they will vote in favor but acknowledged that ““this years budget is more realistic; last years was done in a hurry”. Interestingly, the biggest rudeness that is appearing at this time does not refer to the opposition but to the claims of some governors who met in Norte Grande, a working group that includes ten provinces in the region. The provincial leaders have already made specific complaints known regarding transport subsidies, which they understand are concentrated almost exclusively in the AMBA, and energy tariffs, in which they believe that, when setting the limits of consumption, the climatic rigor of these regions is not recognized, which forces the refrigeration to be on for longer in summer. As a pledge of peace, from Economy they offer to promote greater infrastructure works for those provinces, many of which had been promised during the macrismo from the promoted Belgrano Plan but very Argentina

This is the Elena Photovoltaic Solar project, which is part of the 2,600 MW platform that the Joint Venture formed by the two Spanish companies is currently developing in Chile. The Spanish company Grupo Ibereólica Renovables has announced progress in the construction of the first phase of the Elena Photovoltaic Solar project, located in the Municipality of María Elena, 2nd Region of Antofagasta, in Chile. The project will have a power of 540 MWac, and is part of the Joint Venture that the company has with the Spanish oil company Repsol and that has 2,600 MW under development in Chile. It will also be the first photovoltaic solar project that both companies start up in the country. The joint venture got the green light for the project in October 2020. The first phase of the Elena Photovoltaic Solar Project is under construction, and will have a capacity of 67.5 MWac. It will occupy an area of ??110 ha and will install 141,986 bifacial photovoltaic modules from the manufacturer JA Solar of 540-545 Wp. Its start-up is expected to take place at the end of 2022. The second phase of this project until completing the 540 MW of the project is scheduled to come into operation throughout 2025. The Elena Photovoltaic Solar Park will generate an estimated annual production of 210 GWh that will be injected into the Chilean electricity grid. Last year, the Spanish Grenergy and Grupo Ibereólica were awarded the largest tender to develop renewable projects (in this case, hybrids) of the Ministry of National Assets of Chile: 17,000 hectares where 2,800 MW will be executed. Chile

Enel Chile has announced that next Friday, September 30, the Bocamina II coal-based power generation plant will close. The same has been announced by Engie for the same day, with the disconnection of unit 15 of the Tocopilla thermal power plant. The framework for these decisions must be found in an agreement announced in 2018, by which the Chilean government and the partner companies of the Generadoras de Chile organization, AES Gener, Colbun, Enel and Engie, resolved not to build more coal plants and gradually close existing ones . It is estimated, however, that by 2030 thermoelectric plants should still supply 25 percent of the demand, although a study by the Chilean Association of Renewable Energies and Storage (Acera) sees it feasible for Chile to leave coal for that same year . Specifically, with the closure of Bocamina II, Enel Chile ensures that "it will be the first company in Chile to close all its coal-fired plants." This disconnection began in 2019, with the closure of the Tarapacá coal-fired unit and the following year with Bocamina I. “A fair transition plan, an open and dialoguing process, which involves various actors such as employees, the community, local authorities, among others”, Enel judges this process. Last March, the National Energy Commission (CNE) instructed Enel Generación to postpone the definitive closure and final disconnection of Bocamina II for four months, initially scheduled for May 31 of this year. For its part, Engie also announced for September 30 the disconnection of unit 15 of the Tocopilla thermal power plant, the last one still operating in the complex. They also highlight from the company that these actions are possible "thanks to the commitment of our Tocopilla collaborators, who have adapted to these changes in a flexible and open manner." In 2021, AES announced the early closure of its Angamos 1 and 2 and Nuevas Ventanas (windows 3) and Campiche (windows 4) coal-fired power plants of the AES Andes company, all located in highly industrialized areas, and which together total 1,097 MW. Chile
View more

One Stop Shop for Government Tenders and Federal Opportunities from All across the Globe.

More than One Million (1,000,000)
Public Authorities from across the Globe
spend around 17% of GDP (around US$ 100 Trillion)
on the purchase of services, works and supplies 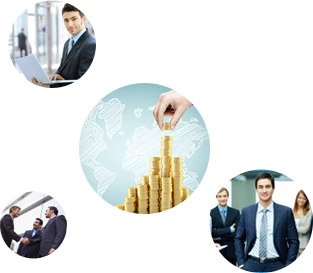